We want to hear from you.

Then & Now: Navigating the In-Venue Advertising Landscape in Sports

Understanding Sports Through an Advertising Lens

As someone who grew up attending, watching and practically studying sporting events over the years, it’s safe to say – similar to most fans – that my eyes gravitated towards only one aspect early on, which was the live game itself. While this might seem like the norm to an ordinary sports fan, those in the sponsorship & activation business would likely suggest otherwise. Fast forward to where I stand in the sports & entertainment industry today, and I’d say that a lot has changed when it comes to observing such events. Nowadays, there’s a better chance that I’m missing a 9th inning walk-off or 4th quarter buzzer beater because I am too hyperfocused to a fault on the advertising efforts surrounding the venue opposed to the live game action in front of me. Whether it’s signage behind homeplate at Yankee Stadium or courtside rotational at Madison Square Garden, my eyes instinctively travel to a brand’s logo placement instead of the ball in play or a player’s jersey number. After all these years, I now understand those sponsorship & activation individuals that suggest there is more to observing sports then just live game action. That stance has only grown since I’ve joined CIM, where we strive to organically and creatively integrate brands into the sports & entertainment experience.

Through our exclusive media offerings, we aim to empower both national and regional brands around the country to engage with targeted audiences during live events, with local viewers, and loyal fans – both at home and inside the stadium. Such media assets include exclusive partnerships in Minor League Baseball and NASCAR, plus proven expertise in custom content, activations and experiential marketing throughout the professional and collegiate sports landscape. In partnering with teams, venues and properties, our ultimate goal is to combine best-in-class marketing solutions while driving national media and sponsorship revenue to our clients. Whether it be creative executions or impactful signage, we cover the gamut when it comes to the sports advertising space. In this blog, I’m going to discuss one of our most significant in-venue assets under the CrowdConnect Live umbrella, which is TV visible signage. While other in-venue assets such as Scoreboard, LED and IPTV networks are equally as critical to our success, TV Visible signage is what the casual sports fan most likely recognizes from an advertising standpoint when watching a game.

TV Visible signage, which also can be thought of as Field Level signage, is one of the most coveted in-venue advertising assets due to its placement. This signage offers highly prominent real estate for not only fans in attendance to see, but those watching from the confines of their own living rooms as well. Below are the most common types of TV Visible signage throughout each major professional sport: 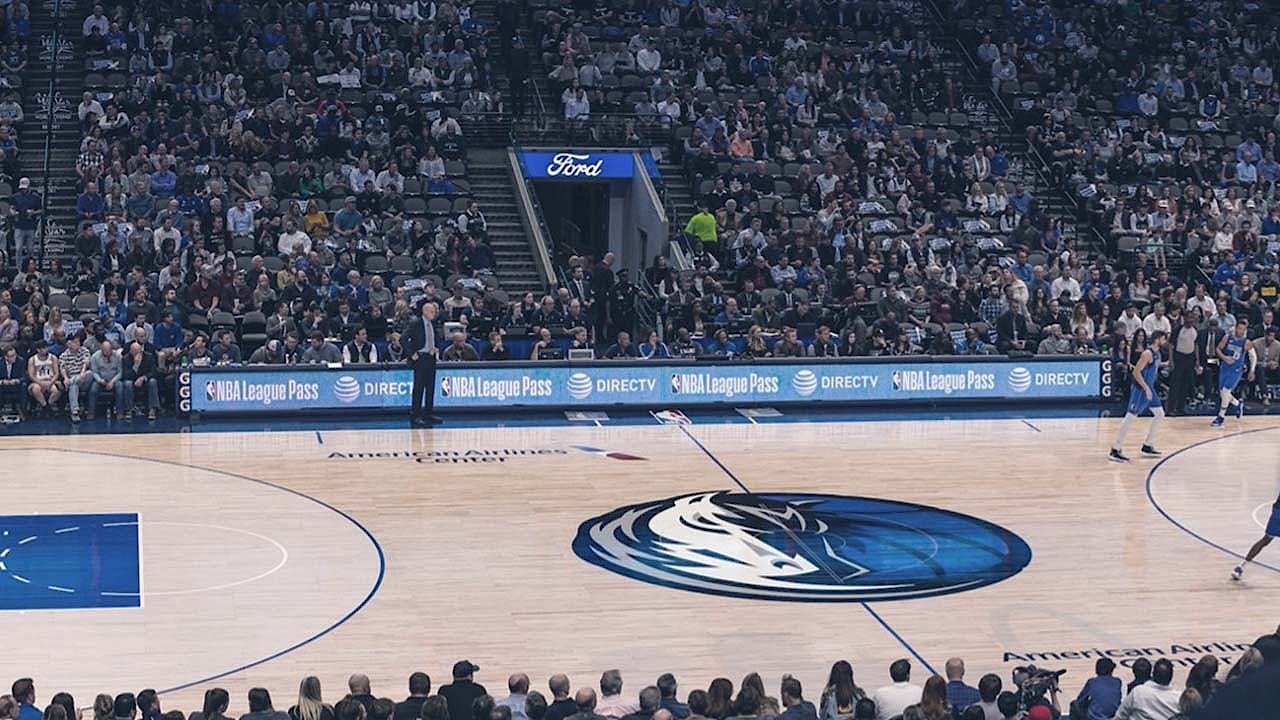 MLB – Home Plate Rotational is the most coveted television visible signage and is located directly behind, to the left and/or to the right of home plate. As the direct focus for 80% of television shots, signage is typically sold at a 1/2 inning frequency, allowing the client to reach fans both at the game and at home. 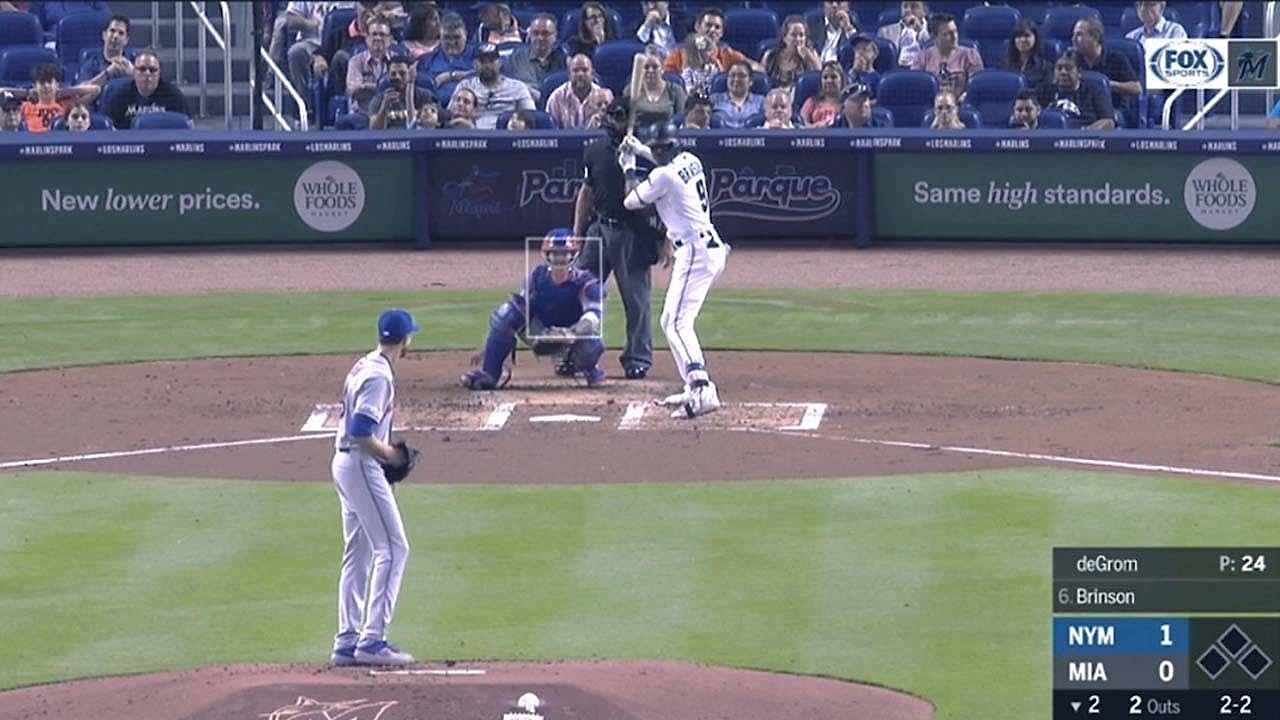 NHL – Dasherboards surround the ice surface and receive over two hours of television visibility during home TV broadcasts and secondary coverage in local and national newspapers and magazines.

NFL – LED signage gives advertisers expanded regional and national reach both in-venue and on TV. The NFL is by far the most popular sport in terms of TV viewership in the US, averaging 16.5 million viewers during regular-season games last season (2019) across all its broadcast partners. 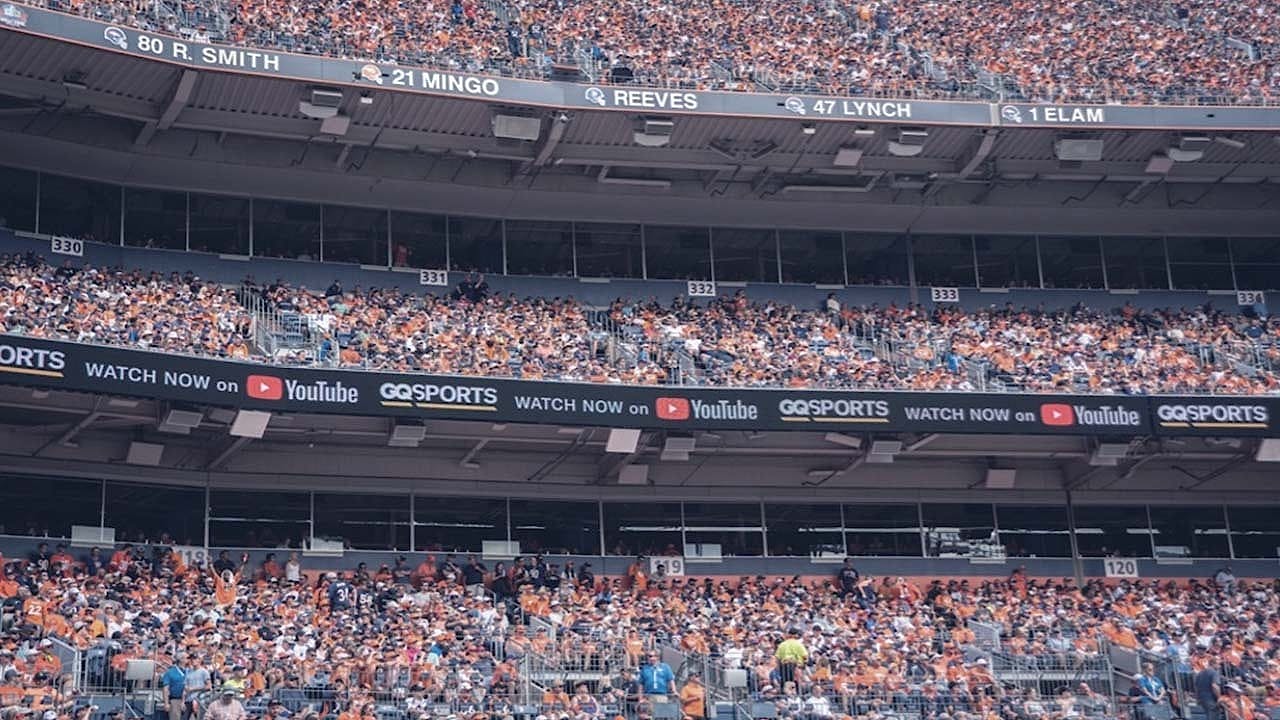 MLS – LED Field Board signage on the field of play offers advertisers regional and national broadcast opportunities. Creative is typically :30 seconds and runs multiple times per game for added exposure. 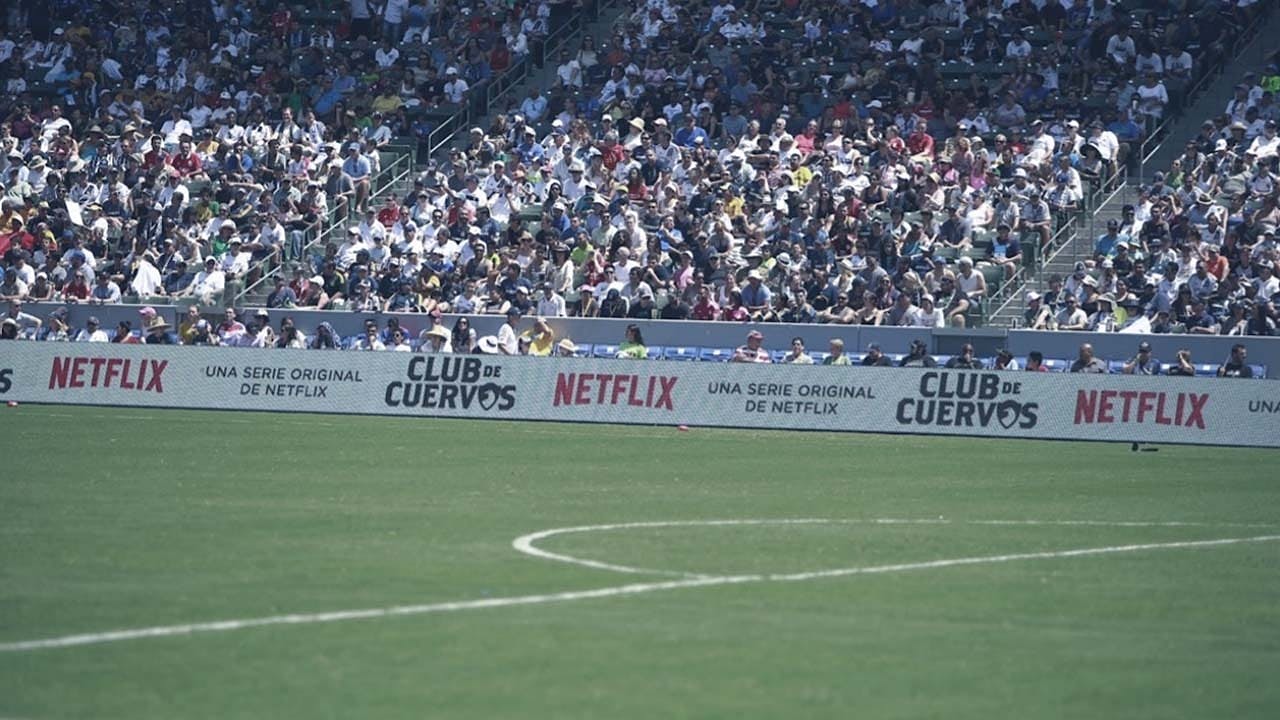 While these TV Visible and Field Level assets highlight the most traditional placements across venues, we all know that 2020 has been anything but traditional. When COVID-19 first shook up the sports world in early March, not only were many of our partners forced to pivot from their sponsorship strategies, but teams and venues had to give their marketing plans a dramatic makeover as well. As a result, clubs had to reinvent the wheel to an extent when it came to selling their inventory and advertising assets. Their first order of business was taking care of existing partners that were already up and running or had future deals in place. While a select number of NHL and NBA teams headed to bubbles to finish out their seasons, MLB and most NFL clubs were tasked with figuring out the best way to maximize revenue without fans in the building.

Fast forward to the start of the regular season, MLB and NFL teams received permission from their league offices to utilize never-seen-before, TV Visible virtual assets (MLB) and branded tarps (MLB and NFL). Some teams in each league also found a way to get fans and charities involved by selling cardboard cutouts with their faces pictured. Despite clubs having to considerably shift their selling strategies, this “new” type of inventory also opened a door in some ways, as they were able to utilize and sell once-in-a-lifetime assets due to the absence of fans.

The virtual assets sold by MLB teams included everything from Homeplate and 1st & 3rd Baseline Rotational signage to Pitcher’s Mound branding and Dugout signage. The one requirement from both the MLB and NFL regarding the branded tarps (some of which were also virtual) was that creative needed to simply be a logo. Below is a quick glimpse of what these new, TV Visible assets look like on television during the fan-less, 2020 season. 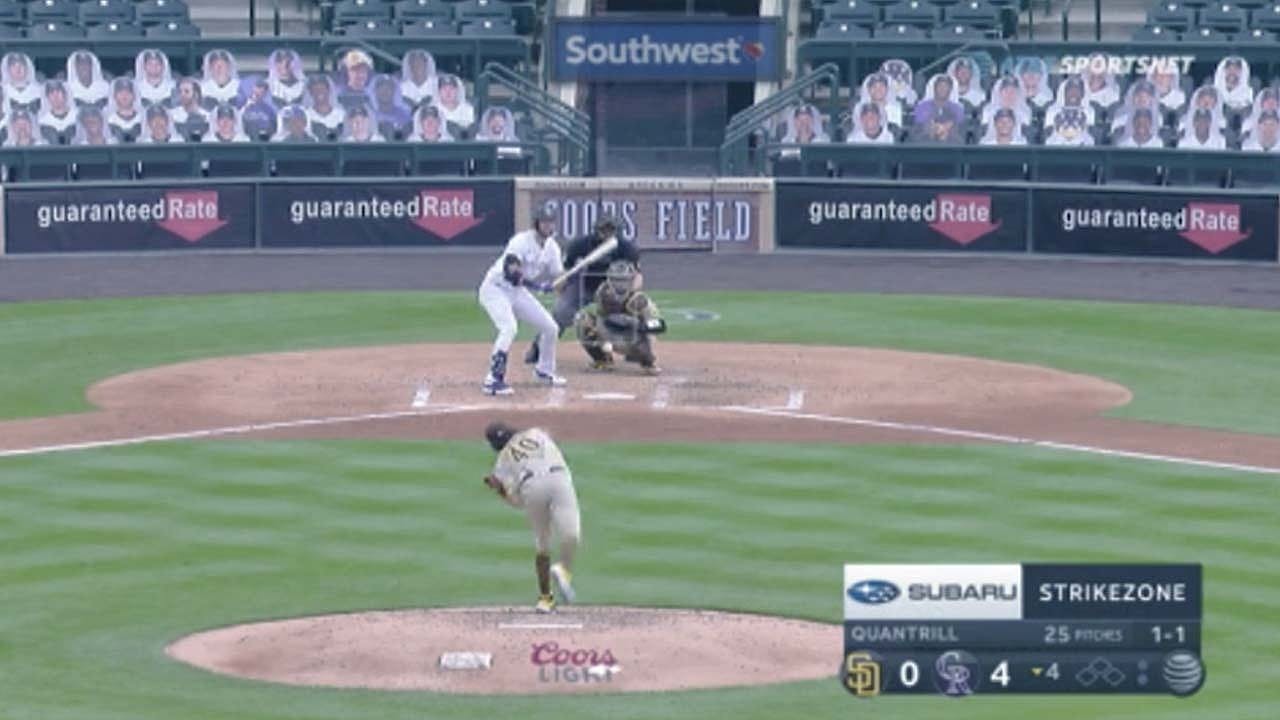 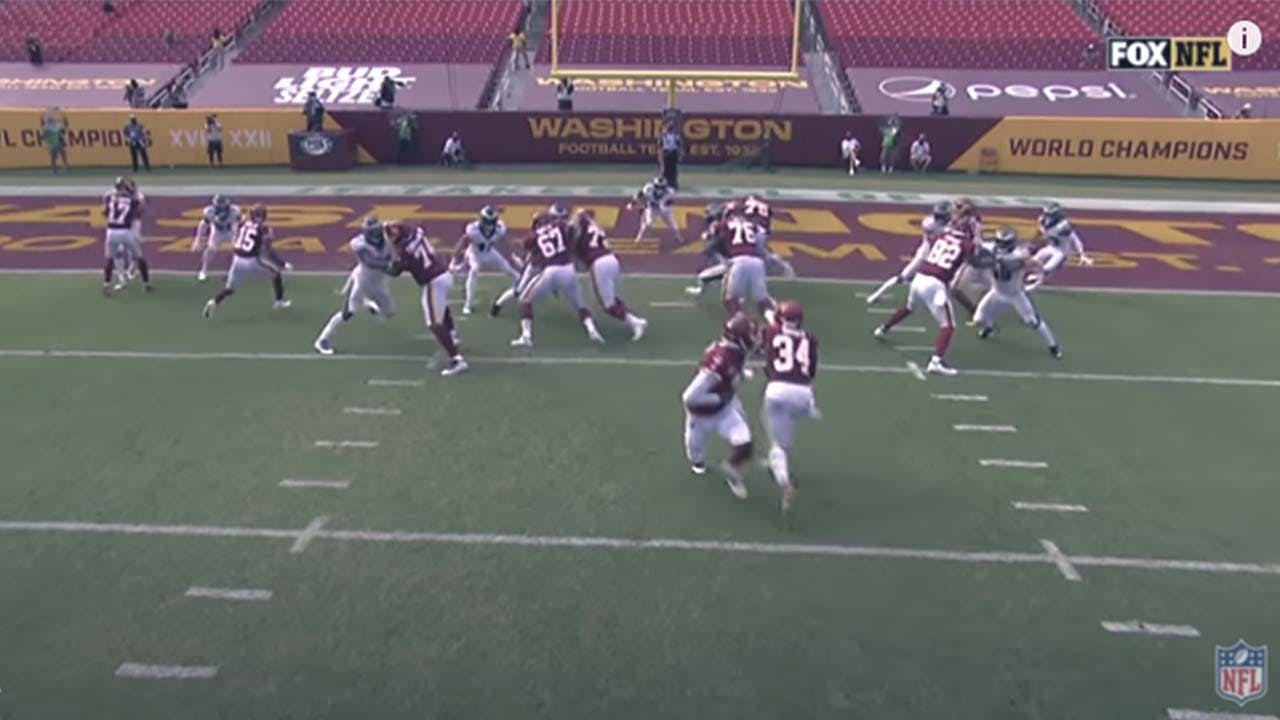 Despite most clubs struggling to recoup what they would have grossed if this were a normal season, the teams, hosting venues and bubbles have done a tremendous job thus far of adjusting on the fly and making their advertising efforts at least seem “normal” during a not-so-normal season. While glass half full takes and general optimism seem hard to come by nowadays thanks to the global pandemic, CrowdConnect Live has continued to expand its in-venue asset portfolio through these non-traditional assets that were born in 2020. Regardless of whether or not fans can return to the stands in 2021, I believe that it would be advantageous to CIM and teams throughout professional sports if both traditional and non-traditional, virtual signage was utilized going forward. While the old, game-focused me back in the 1990’s and 2000’s might prefer otherwise, money talks – especially if you’re an owner of a professional team or part of a growing start-up in the sports & entertainment space. Then maybe one day, I’ll be able to combine both the old and new sports fan in me and catch that 9th-inning walk-off or 4th quarter buzzer beater live, while the brand of a Cast Iron Media partner visibly runs in the background. How’s that for optimism in 2020?

The Impact of the Changing Dynamics of Fandom on Advertisers

06.01.2022 / With the rise of online content and streaming services, sports fandom is changing. Choice is now abundant and fans can watch their favorite teams from anywhere.

02.23.2022 / Twelve months ago today, our newly formed organization pushed send on a 550 word proclamation… announcing Cast Iron as a premier sports media and marketing solutions company to be reckoned with.

02.17.2022 / Between floating QR codes and an overflow of famous faces, 2022’s ads packed a punch. But who took the W? The Cast Iron Media team breaks down their favorites.

Ready to team up?